Istmina, Choco, Colombia.
The Wounaan were forced to flee their ancestral lands after Colombian leftist guerillas, the FARC murdered two Wounaan community leaders for resisting FARC efforts to control their tribe and recruit their youth. Of a population of 1,748, more than 700 have fled.
Many of the children are suffering the worst, sick with diarrhoea, TB, and skin lesions.
Since arriving in Istmina, they have crammed into abandoned houses with no running water.
Following 40 years of civil war, Colombia has the world's third highest displaced population due to conflict. A displacement described by the UN as one of the largest since the Second World War. 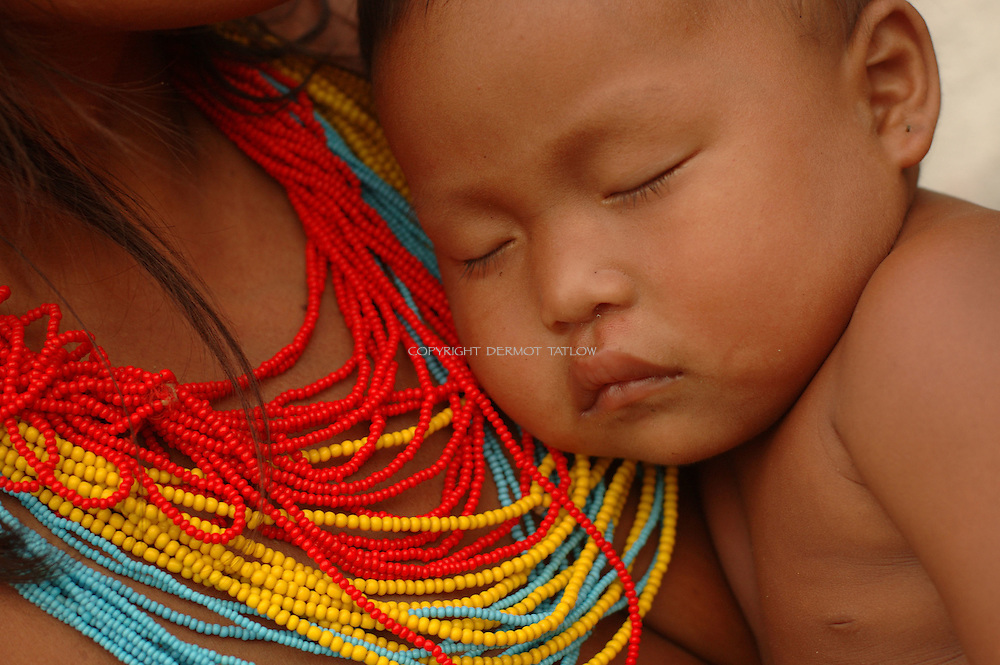