Port-au-Prince, Haiti.
Don Bosco "Lakay" (creole for home) shelter for street children in the Portail Leogane area of Carrefour district of Port-au-Prince. Creche for the infants of street children.
Here Father Stra, an Italien priest runs a shelter, workshops creche and playground for street children, where they can get two meals a day. In a survey last year HIV was detected in 58 of the 115 children tested. The children are frequently killed by Haitian police. 15 who use the shelter were killed between January and October 2005. Many of the children are forced to make a living from prostitution or petty crime. Despite learning a trade, many cannot find work in Haiti's appalling economy. Haiti is the poorest country in the western hemisphere 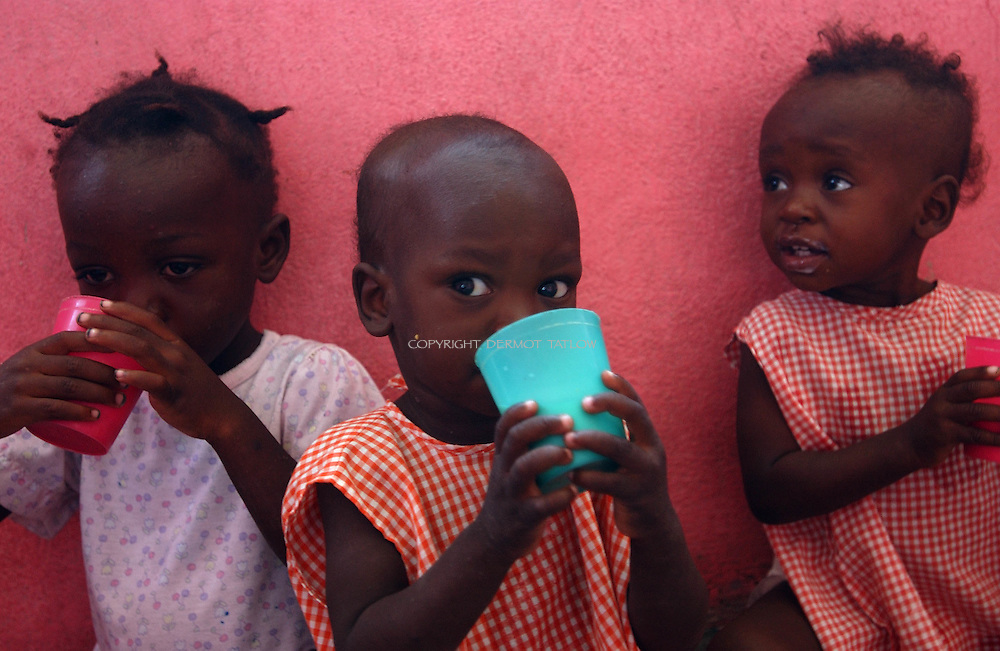